Comments from Board Members & Owners 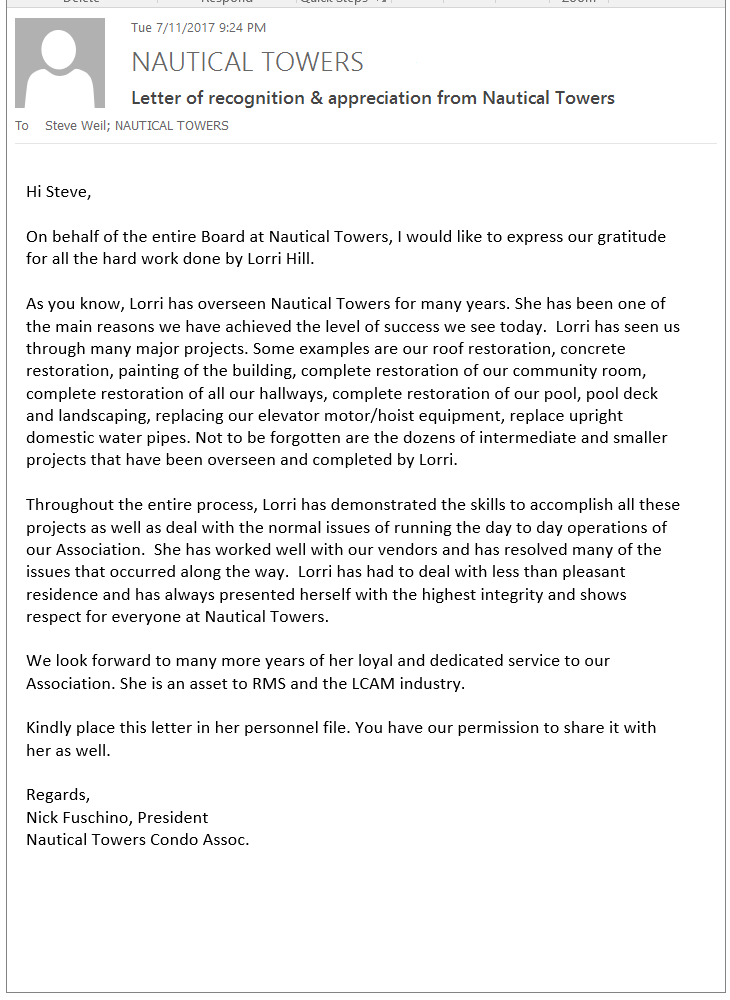 We received the the letter which has been reproduced below from Manuel Monteiro who is running for the board at one of the association we manage.  Mr Monteiro also provided us with permission to republish his letter which was included in the ellection package sent by his association to the owners.  To see the actual letter click here.

My name is Manuel Monteiro and I own unit 217. I am a retired Aeronautical Engineer.

Between 2006 and 2010 I was a director of our Association for three years, first as a President and the other two years as Secretary.

I drew many lessons from that experience:

1- Being a Director is bearable, but being an Officer (President, Secretary, Treasurer) is not. As a director all you have to do is vote Yes or No on the motions that are tabled at Board Mtgs. But an Officer is an executive position that has a fiduciary obligation toward the Association and in that position one cannot please EVERYBODY, that is impossible, but some displeased members often take it personally, which is never the case. That is a heavy price to pay for a voluntary activity in the place you call home.

2- If one takes ones responsibility seriously (as one should) it is a time consuming and worrisome task from which one derive no financial or any other compensation!

3- During those three years I also learned a lot about the pit falls of running a corporation of this nature. One of the major issues is how expensive it can be for the Association if the Board screws up on its responsibilities and/or obligations.

So you may ask: "If he feels that way, why is he running for the Board again?" Because of the third lesson given above.

The more I come to learn about the management company the present Board contracted with, Royale Management Services (RMS), the more I come to support that decision. The advantages are almost countless! One very realistic and significant example is 'law suits'. In the last few years we have been involved in 3 law suites which have cost our Association the loss of our insurance company not to mention a lot of Board member hours and attorney's fees. As a result we have had to find a new insurance company which costs us more. But the significance of this is that had we been contracted with RMS at that time, none of these suites would have happened, because they were the result of lack of experience and/or lack of knowledge from the Board at the time. None of us are professionals at this business, but RMS with their expertise and experience protects our Association from such dangers on a routine basis.

If elected I will be in harmony with anyone that is in favor of keeping the services of RMS. Indeed that is also the main reason I have to run for the Board as I am aware of different viewpoints which I consider dangerous and unwise for our Association, hence my pocket.

Present law requires that Board members attend a Certification Seminar. I already fulfill that requirement.

We received this note from Marco De' Medici who is president of his association, thanking our team work done. 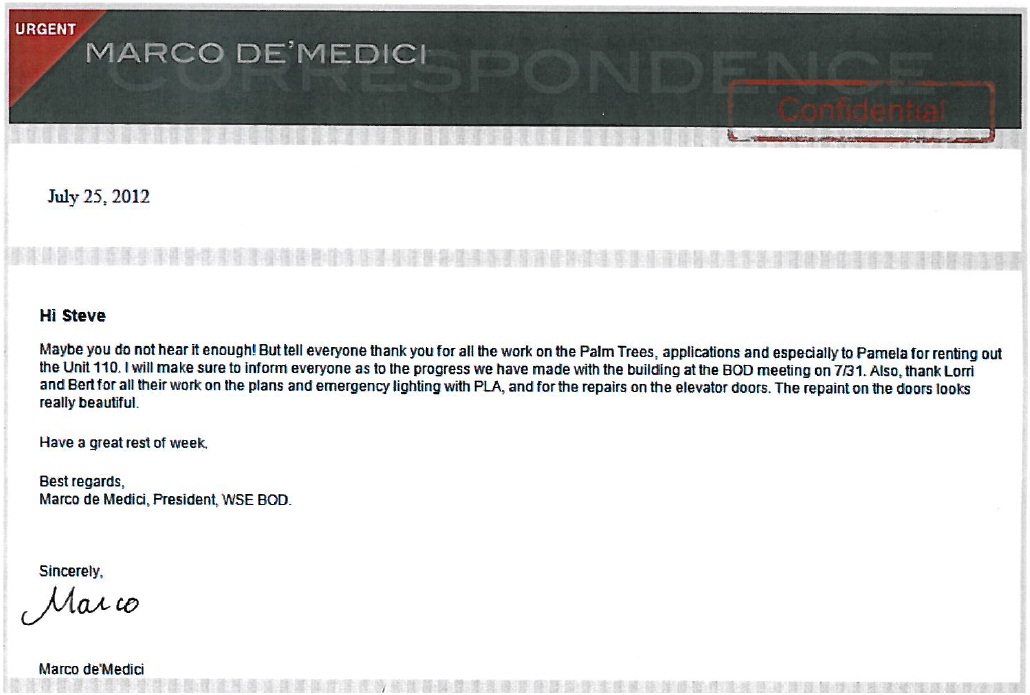 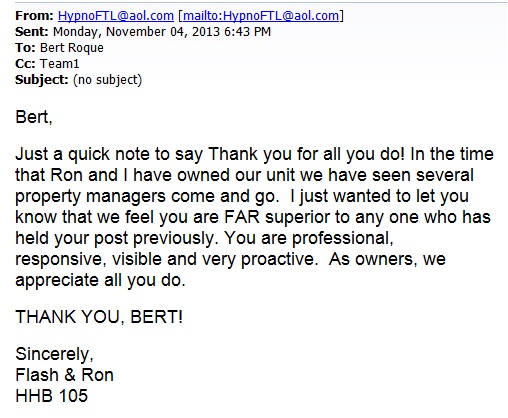